Most days I feel like I’m living in a dream, or an alternate reality, that I could not have imagined even a few years ago. What poses as news is more like a surreal and fictional soap opera, and it seems like the country–even the world– is coming apart at the seams. Maybe this needs to happen so it can be rebuilt on higher ground. I suppose it was naïve to believe that at the changing of an age the world would unfold in an orderly expansion of consciousness. As a child of the sixties I thought we had learned lessons and grown beyond many of the dramas that are now playing out on the world stage.

And so I struggle to find my center and balance and to know how I can make a difference in what seems to be a dark and dangerous time. Part of me wants to hide in the cellar and let the storm pass, while another part of me wants to take to the streets, marching and shouting.

Mahatma Ghandi has always been one of my heroes, and I often turn to his words for inspiration and courage. I took the following quote from the Mahatma Ghandi Memorial Foundation web site: “Mahatma Gandhi said, ‘My life is my message.’ He requested us not to turn merely to his writings and speeches but to the very actions of his life. What he wanted to communicate or express to successive generations would be observable by his daily living. His experiment with truth was his life message. Through each aspect of his life, whether it was spiritual, physical, or mental, he continually aspired to perfect each as a means of realization. Over the course of his life, his actions evolved toward what he hoped would be more enlightened living.”

Ghandi once said, “When I despair, I remember that all through history the way of truth and love have always won. There have been tyrants and murderers, and for a time they can seem invincible, but in the end they always fall.”

I am holding these words close to my heart along with the awareness that I am in good company with all of you as we walk this razor’s edge path to freedom. There is strength in numbers and power in love.

About the Author: Julie Loar is the multiple award-winning author of six books and dozens of articles. She is an international teacher and scholar of myth and symbolism. Her latest book, Goddesses For Every Day: Exploring the Wisdom & Power of the Divine Feminine Around The World, , published by New World Library, is available from booksellers everywhere. She has traveled to sacred sites around the world, researching the material in her books and teachings, and each year she leads a tour to Egypt. Her popular astrology feature appears in ATLANTIS RISING magazine. Visit her site at http://julieloar.com.

The following is a transcript of an interview conducted by Satiama Radio moderator Julie Loar. Ms. Loar’s questions are in bold. (JULIE LOAR) We are… 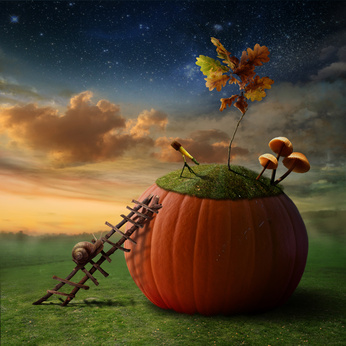 Like it or not, and paraphrasing a Chinese saying, we live in interesting times, and no one is more aware of this than today’s children.…

“And the day came when the risk to remain tight in a bud was more painful than the risk it took to blossom.” ~ Anais…

“When the Moon is in the seventh house, and Jupiter aligns with Mars, then peace will guide the planets and love will steer the stars.”…

We use cookies on our website to give you the most relevant experience by remembering your preferences and repeat visits. By clicking “Accept”, you consent to the use of ALL the cookies.
Cookie settingsACCEPT
Manage consent

This website uses cookies to improve your experience while you navigate through the website. Out of these, the cookies that are categorized as necessary are stored on your browser as they are essential for the working of basic functionalities of the website. We also use third-party cookies that help us analyze and understand how you use this website. These cookies will be stored in your browser only with your consent. You also have the option to opt-out of these cookies. But opting out of some of these cookies may affect your browsing experience.
Necessary Always Enabled

Any cookies that may not be particularly necessary for the website to function and is used specifically to collect user personal data via analytics, ads, other embedded contents are termed as non-necessary cookies. It is mandatory to procure user consent prior to running these cookies on your website.